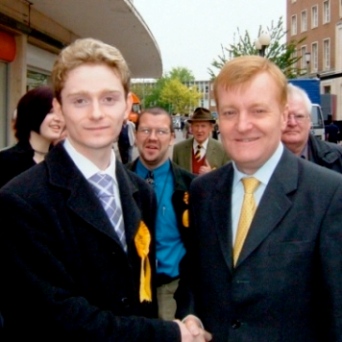 SLF Council member Paul Pettinger writes about his experience of attending Green Party conference on behalf of the SLF:

In October 2018, the SLF had a stall at the Green Party of England and Wales’ annual conference in Bristol for the first time.

Relations between Lib Dems and Greens have improved in recent years and in no small part thanks to the sacrifice of local Green parties who have stood down for Lib Dems in Conservative Lib Dem marginals, such as in the 2016 Richmond By-election and a host of seats at the last General Election.

These local arrangements have not only encouraged former Green voters to vote tactically, but also allowed Lib Dem candidates to use the endorsement to better squeeze other anti-Conservative voters, something made much harder since the Coalition.

At the 2017 general election the contribution of Greens probably made the difference between the Lib Dems winning or losing in Tim Farron’s seat, as well as Layla Moran gaining Oxford West and Abington. More generally, many social liberals and Greens agree on today’s biggest issues (Europe, environmental issues, electoral and constitutional reform), and there are demonstrably many social liberals in the Green Party.

Pluralism should be a strength of progressive politics, not a weakness, and it is in the hands of progressives to determine whether this is the case or not. To date, SLF members have not needed to be Lib Dem members. Back in the summer a constitutional amendment was passed at our AGM allowing Green members to join the SLF. Consequently, we decided to organise a stall at their annual conference.

Our attendees were struck by the open minds and friendliness they experienced. I am pleased to report that since the summer several Green members have joined the SLF and I would like to extend a warm welcome to them. I look forward to working with all SLF members over the year ahead towards forging a society that is more liberal, equal and green.