Thoughts about liberalism and elections 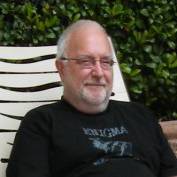 I have been trying to make my thoughts coherent, and they refuse to budge beyond a certain stage, so perhaps my readers can help me out.

For a long time I have been uncomfortable about the divide, constructed by people on both sides, between social and economic liberals. Two camps have emerged, not through the deliberate doing of any one person or group but through the manifold actions of many different people constructing barriers out of debating points. In my view there should be very little difference between social liberals and economic liberals. Both seek to maximise the good of ordinary people and to limit the power of the elite. Of all the simple statements about liberalism I have read in the last few days, and there have been many, I still find Conrad Russell's the most persuasive: standing up to bullies, of all kinds and everywhere.

Social liberalism, as I see it, is about enabling people to do whatever they want regardless of interference from other people, unless what they are doing interferes with other people. It involves mechanisms that redistribute power from those who constantly accumulate it in the system we have, to those who do not. The devil is always in the detail: how we mediate between different interferences.

Economic liberalism, as I see it, is about ensuring that people are free from the interference of collective bodies, whose power is such that their interference becomes domination. However, I think currently we have a problem with economic liberalism, in that it has been captured by the Hayekian tendency to regard the state as evil, and the market as sacrosanct. Many of our economic liberals have clearly been comfortable aiming at reducing the power of the state in the belief that this frees ordinary people to go about their lives less. encumbered. (I thought of calling this post the less encumbered citizen, but that is too far removed from ordinary language.) In my view the problem with that stance is that the world has changed since the days of both Marx and Mills, and even of Hayek. The power and reach of corporations have increased immeasurably, and the balance has swung in such a way that decreasing the power of the state increases the power, not of ordinary people, but of corporations. (That is the foundation of my distrust of TTIP, despite being constantly told by economic liberals that I am a fantasist.) I have no problem with being both a social and an economic liberal, but we need an economic liberalism that asserts the security of ordinary people against the power of all vested interests, both political and economic.

While I remain confident that this is the right approach to governing on behalf of everybody, I also think that we need to pay attention to the language in which we couch our philosophy. If we have ideas that will help ordinary citizens, it does not work to talk about them in language that will alienate ordinary citizens. One of our defeated MPs talked after May 7th about the need to combat the rise in anti-Europeanism. He was right, but that does not speak to the voters who turned away from us on that day.

I'm still not convinced about any of the narratives about why we lost so heavily, but two of them seem to ring more true than others. The first was that we became, or appeared to be, too happily right wing for our left wing supporters.

The second was that fear was a significant factor, and one which the Conservatives played on very effectively. If we want to win power again so that we can do good for the voters, we need to start where the voters are. That seems to be a place which is quite prosperous for many but also quite insecure. People are worried about competition for their jobs and their income; they are worried about their future, and they (understandably) believe the dominant neoliberal doctrine that they must look after themselves because the state isn't going to be there to do it for them. So, even for the prosperous, there is a problem of never knowing when enough is going to be enough. Other factors also contribute to insecurity: it is well known now that UKIP does best in areas which have very little immigration, and because they don't have it, they fear it. The Tories are tapping into insecurities about terrorism with their stance on the Human Rights Act. There must be a way to uphold the values of the Human Rights Act, by convincing people that it makes them more secure, not less secure. (It does, but our narrative of it is not persuasive.)

I am convinced that our way of doing things is right: enabling people to do what they want without interference from other people, the state or corporations. There are two issues to debate. The first is how to get that balance right: it is quite difficult, for instance, to see how to address the power of corporations without bolstering the power of the state. The second is how to find a language to say what we mean to the voters in ways that persuasively address their concerns - and primarily their insecurities. When we talk about the globe and about Europe, we see family and common prosperity. Other people see terrorism, immigration and job losses. We will not persuade people by starting where we are; we must also start where they are.

So we need to sort out both the message and the medium.