A collection of essays and articles edited by Jon Alexander and Ian Kearns, published jointly by the SLF and the Electoral Reform Society.

CITIZENS’ BRITAIN: TOWARDS THE RENEWAL OF LIBERAL DEMOCRACY

Produced in collaboration with the Electoral Reform Society. 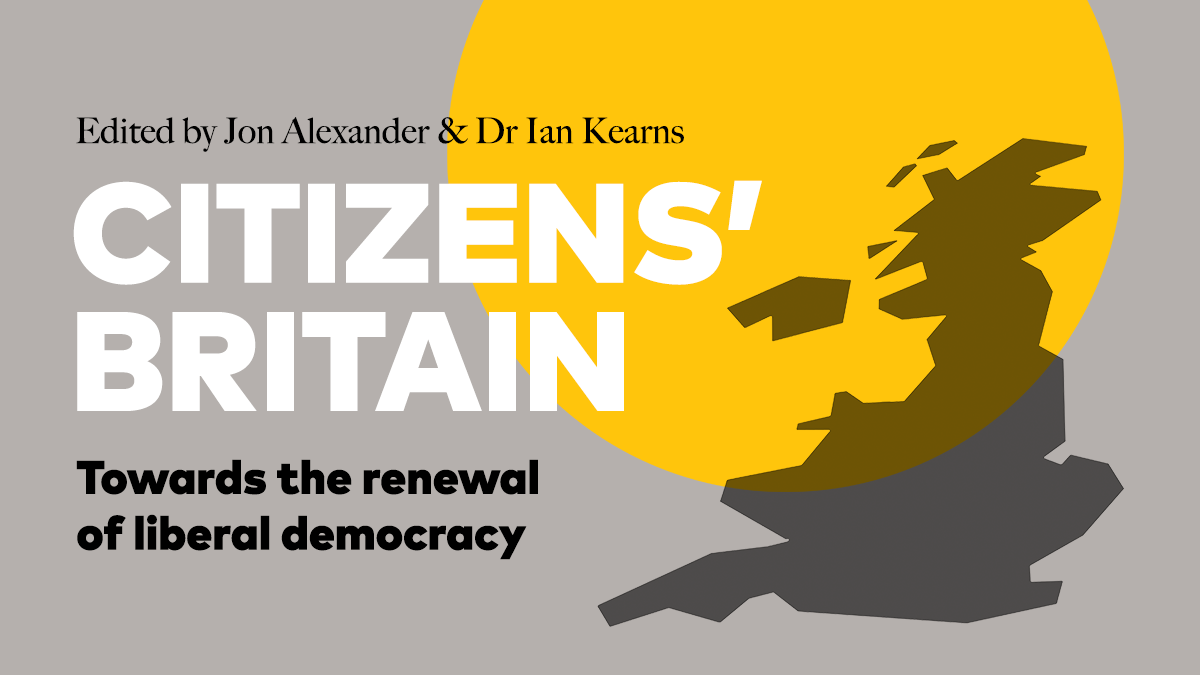 It builds on Winning For Britain (which was the first data-driven analysis of the Liberal Democrats’ performance in the 2019 election) and on Citizens’ Britain: a radical agenda for the 2020s (which drew on new polling data to suggest widespread public appetite for “Citizen Politics”).

The collection draws together contributions from respected organisations outside the Liberal Democrats such as the RSA, New Local, and Power To Change, alongside up-and-coming voices from within such as Jane Dodds, the Leader of the Liberal Democrats in Wales. It includes calls for radical policy interventions including a Universal Basic Income, widespread use of Citizens’ Assemblies and other participatory democracy approaches, and a Community Power Act to push power out of the hands of government institutions and directly into communities.